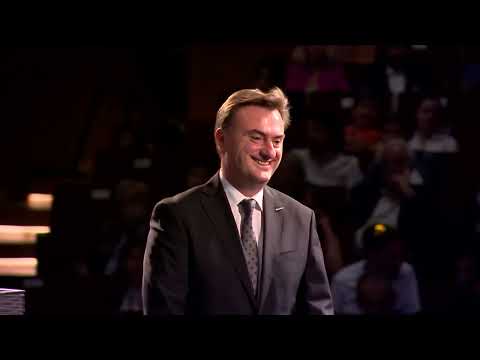 The opening ceremony and concert of the 50th Istanbul Music Festival, organized by the Istanbul Foundation for Culture and Arts (İKSV), with the sponsorship of Borusan Holding and with the contributions of the Ministry of Culture and Tourism, was held at Atatürk Cultural Center on Monday, June 6th. Istanbul Music Festival, the first festival of İKSV, embraces the city for the 50th time this year. Bringing nearly 45 thousand artists and ensembles from Turkey and many different countries of the world together with more than 3.5 million viewers in its half-century history of uninterrupted meeting with the audience, the Istanbul Music Festival has been instrumental in the composition of 20 new classical music pieces so far, with the work orders it has given, incentive awards and awards. supported dozens of young artists with funds. Dedicating its 50th anniversary to the city with the title “Istanbul”, the festival will host over 65 soloists, ensembles and orchestras from Turkey and abroad in 16 different venues until June 24. In addition to the Turkey premieres of the works commissioned by conductor and composer Tan Dun and conductor and pianist Thomas Adès, the festival will host the world premiere of the work titled Istanbul Legends for the 7 and over age group. Written by Nazlı Çevik Azazi and Roza Erdem from the Seiba International Storytelling Center and composed by Evrim Demirel, the work will tell various mythological stories about Istanbul, and will be staged by Roza Erdem, accompanied by a chamber music ensemble. BÜLENT ECZACIBAŞI: “ISTANBUL IS HELCOMING ITS FIFTY TIME WITH ITS DIFFERENT LOCATIONS.” The opening ceremony of the 50th Istanbul Music Festival, hosted by Ceylan Saner, started with the opening speech of İKSV Chairman of the Board Bülent Eczacıbaşı. İKSV Chairman of the Board Bülent Eczacıbaşı said in his speech, “Istanbul Music Festival is receiving its first applause for the fiftieth time. Istanbul is embracing its festival for the fiftieth time with its different venues. The first Istanbul Festival organized by our foundation in 1973 was a window to the world for art lovers. During the festival, many important artists and ensembles from the international arena gave concerts and performed shows. The biggest stars of those times met on the same stage with young musicians who are the pride of Turkey. In its first year, the festival hosted world premieres and special projects. Continuing and reinforcing this line it created at the first festival, Istanbul Foundation for Culture and Arts has brought together the leading names of classical music from all over the world at the Istanbul Music Festival for the past fifty years. It opened up space for young talents; created opportunities for career advancement. For fifty years, the festival has managed to meet its audience without interruption, under all conditions. He contributed to the world cultural accumulation with his work orders. It created experience sharing opportunities for artists. While maintaining its prestigious position for fifty years, it has also constantly renewed itself and offered innovative and creative programs. While our festival was proud of its achievements and the praise it received, we shared this pride with our audience, artists and all institutions and organizations that ensure the continuity of our festival with their contributions. I would like to thank once again all the institutions and organizations that have supported the festival, especially the Ministry of Culture and Tourism of the Republic of Turkey, which has supported us for fifty years, and Borusan Holding, our festival sponsor.”